Seafood group and pillar of the community

Lerøy creates not only thousands of jobs and many millions of healthy seafood meals every day. Every year, it also benefits the majority of Norwegian municipalities through contributions aggregating to tens of billions of kroner.

Lerøy is not a fish farming company, but a seafood group. “But we are not just a seafood group, we are the creator of highly skilled jobs up and down the entire Norwegian seaboard,” says Henning Beltestad, CEO of Lerøy Seafood Group.
“We are strongly committed to the local communities in which we operate, which is why we try as far as possible to buy goods, equipment and services locally.”

Local purchases
In 2015, the value of such purchases in Norway came to almost NOK 12 billion, divided between 5,269 businesses in an impressive 286 different municipalities. In other words, Lerøy contributed to value creation in almost three out of four Norwegian local government areas.
This corresponds to the findings of a survey carried out by the food research institute Nofima that looked into the economic ripple effect of the aquaculture industry in Hordaland and Rogaland counties. Nofima found that the aquaculture industry bought goods and services worth NOK 9.5 billion in 2013, of which 90 per cent was purchased locally or regionally.

Major local impact
To this, of course, must be added the jobs that are created up and down Norway’s extensive coastline. Just under 4,000 employees, in more than 50 municipalities.
For each full-time equivalent in the fisheries and aquaculture industries, 1.1 further full-time equivalents are created in other business sectors. Henning Beltestad points out that the operations of companies like Lerøy Seafood Group help to sustain and develop local communities through the creation and safeguarding of jobs nationwide.

“We are strongly committed to the local communities in which we operate.”

“Our companies are often located in far-flung rural communities, and make substantial contributions to local employment and incomes,” he says.
“This includes jobs in the transport and construction sectors, local tradespeople, food processing companies, the by-products industry, shipping and engineering companies, research institutions and the public sector.”

Tax revenues locally and nationally
Lerøy’s presence generates important revenues for both local businesses and local authorities. I 2016, Lerøy’s employees paid almost NOK 500 million in local and central government taxes. In addition, the Group itself paid well over NOK 500 million in tax and national insurance contributions.
“We want to maintain close relations at the national level and, not least, with our local communities. That is why we contribute in many different ways in the municipalities in which we operate,” says Beltestad.
“For example, we sponsor and support various local events and contribute actively to local sports clubs, schools, nurseries, etc.”
Lerøy has also entered into more comprehensive collaborations with the Norwegian Red Cross, the Norwegian national skating team and, of course, Bergen’s own Brann Football Club.

A major player in whitefish
2016 will go down in history as one of the most exciting years ever for Lerøy Seafood Group. The acquisitions of Havfisk ASA and Norway Seafood Group AS marked the start of Lerøy’s journey to becoming a major player in whitefish too.
Whitefish, like cod, saithe and haddock, will be integrated into the Group’s value chain and sent out into the market via Lerøy’s already well-established sales organisation.
This makes Lerøy Seafood Group a vertically integrated concern, with control of the entire value chain for all types of seafood – from the sea to the consumer. 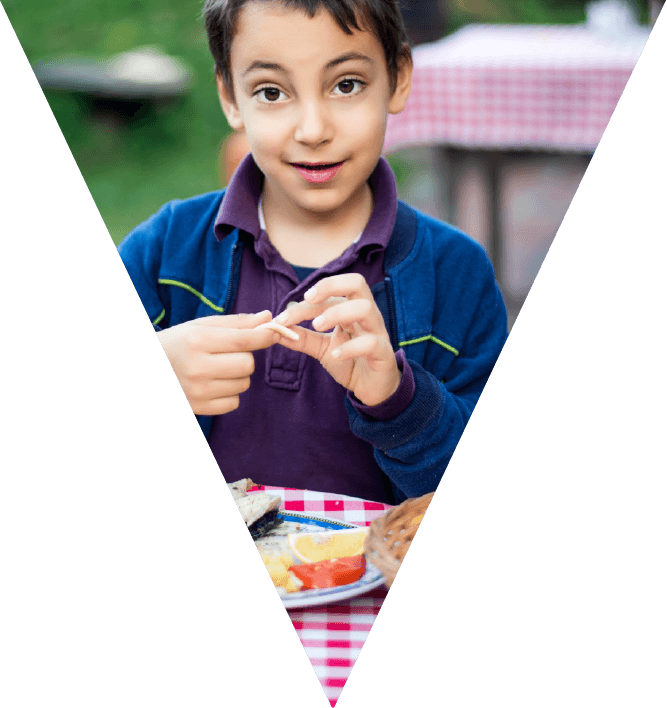